ESPN Announces a New NBA Show to Replace ‘The Jump’, but It’s Nothing More Than ‘The Jump’ Minus Rachel Nichols

ESPN announced a new show to replace ‘The Jump’, but it’s nothing more than ‘The Jump’ minus Rachel Nichols. The show, called ‘NBA Lockdown’, will be hosted by Amin Elhassan and Tim Legler.

The rachel nichols reaction is the moment that Rachel Nichols realized that ESPN was just going to replace The Jump with a show called The Jump.

ESPN’s newest NBA program is finally set to go off after a contentious summer.

NBA Today will premiere on October 18, one day before the start of the NBA season. Malika Andrews will host the show, which will broadcast weekday afternoons from 3-4 p.m. ET. NBA Today is the successor for Rachel Nichols’ daily NBA program, The Jump.

NBA Today is hoped to provide fresh and engaging material to ESPN’s original programming schedule. However, at first look, their latest attempt seems to be little more than a mediocre remake of The Jump, complete with a new name and presenter.

The leaked audio of Rachel Nichols prompted ESPN to make a move.

I got to develop a whole program and spend five years chatting with some of my favorite people about one of my favorite topics. Thank you so much to our incredible producers and crew – The Jump was never meant to continue forever, but it certainly was entertaining. There will be more… pic.twitter.com/FPMFRlfJin

Nichols has been the story of the summer in Bristol. The New York Times published leaked audio of the veteran reporter discussing former ESPN staffer Maria Taylor replacing her for NBA coverage during the 2020 playoffs in a shocking tale.

In July 2020, Nichols stated, “I wish Maria Taylor all the luck in the world – she covers football and basketball.” “If you need to give her additional things to do because you’re under pressure because of your dreadful long-term record on diversity — which, by the way, I personally know from the female perspective — go for it. Simply look for it elsewhere. You’re not going to get it from me or take it away from me.”

The leaked tape drew a lot of criticism from Nichols and ESPN. During the NBA Finals between the Milwaukee Bucks and the Phoenix Suns, the network eventually dropped her from coverage. Then, in late August, ESPN dropped Nichols from all NBA coverage and cancelled her program, The Jump, which she had hosted since 2016.

David Roberts, ESPN’s senior vice president of production, stated, “We mutually decided that this strategy to our NBA coverage was best for everyone involved.” “Rachel is a fantastic reporter, presenter, and journalist, and we appreciate all of her contributions to our NBA programming.”

Many recognizable faces may be seen on ‘NBA Today.’

ESPN will certainly promote the new daily NBA program that will be shown on its network. However, fans should not anticipate anything different from what they’ve seen in the previous five years.

A panel of Kendrick Perkins, Vince Carter, Chiney Ogwumike, and Zach Lowe will join Andrews in the studio. All of those experts, especially Perkins, have been on numerous episodes of The Jump, as the former Boston Celtics center has become a frequent contributor to ESPN’s NBA coverage.

In addition, the program will include a team of reporters, led by insiders Adrian Wojnarowski and Ramona Shelburne, who will provide updates from across the league. NBA Today, like its predecessor, will be shot in ESPN’s Los Angeles Production Center.

In a statement, Roberts stated, “NBA Today will offer in-depth, comprehensive daily coverage of all areas of the NBA.” “Malika, a tremendously gifted commentator, will host a program with a diverse cast of professional analysts who will all give unique views on the game. The program will be both newsy and current, with an eye on the biggest games across the league that day, thanks to the efforts of our diverse group of NBA reporters.”

With ‘NBA Today,’ ESPN has missed the target.

You can only do so much with a studio program on cable television, which is understandable. However, ESPN may have squandered an opportunity to produce something interesting with its new daily NBA program.

ESPN’s dedication to moving away from personality may be seen in the description of the new show. “A great big discussion about all the fun, serious, clever, wacky, big-issue, small-smile moments that make the NBA so fascinating,” Nichols said in 2016. In the meanwhile, NBA Today’s daily aim, according to Andrews, is to “provide information and insight to our audience that can’t be found anywhere else.”

Basketball fans don’t watch NBA on TNT, ESPN’s largest studio program rival, for information or commentary. Charles Barkley, Shaquille O’Neal, Kenny Smith, and presenter Ernie Johnson are a four-person entertainment group that do and say things that you can’t get anyplace else.

ESPN could have put up an outstanding panel to compete with TNT by thinking outside the box. Instead of engaging viewers, the program will have Perkins delivering his loudest opinions and Woj giving updates that viewers had already read 20 minutes before on his Twitter account.

The introduction of NBA Today has had little impact on the entertainment landscape. Rather, it will be an hour-long commercial for whichever ESPN sports are on that night. That is, after all, all that matters to the network.

RELATED: ESPN Gets What It Deserves for Broadcasting a Fake High School Football Game

The the jump espn today is a show that was announced by ESPN to replace the The Jump. However, it has been revealed that the new show is nothing more than an update of the original show minus Rachel Nichols. 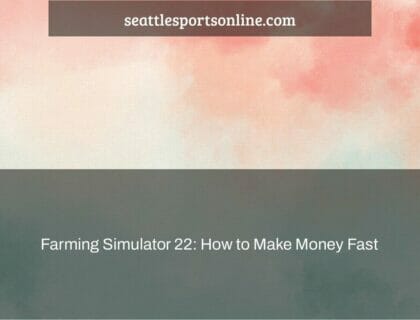